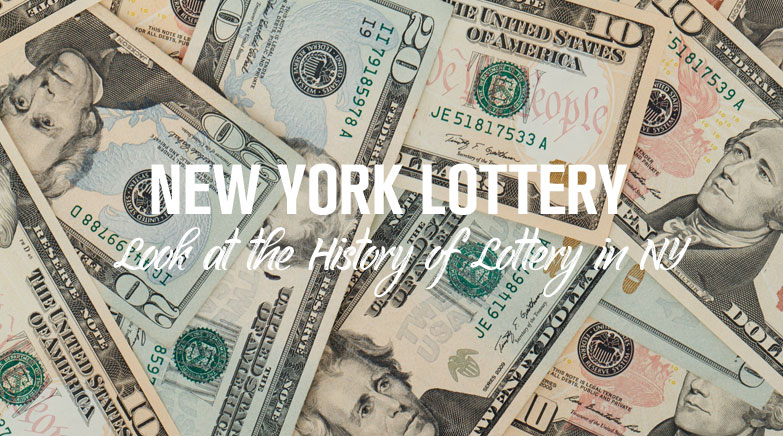 As part of the New York State Gaming Commission, The New York Lottery provides revenue for public education and is based in Schenectady. Players must be at least 18 (including video lottery). However, the minimum age is 21 for Quick Draw where alcohol is served.

The New York Lottery began in 1967. It was the third modern lottery in U.S. History (Puerto Rico 1934 and New Hampshire 1964).
100% of lottery revenue is given to public education in New York State. The New York Constitution was approved by 66% of voters in 1966 that required all Lottery revenue to be used in support of education in the state of New York. The proceeds of the Lottery were to be “applied exclusively to, or in aid or support of education.”
In 1967 a Division of the Lottery and a Lottery Commission was created within the Department of Taxation and Finance. The Lottery later became an autonomous unit within the Department of Taxation and Finance. On February 1, 2013, the Lottery’s operations merged with the New York State Racing and Wagering Board to form the New York State Gaming Commission.

– New York Lottery sales were suspended for nearly nine months in 1975-76 due to a scandal involving unsold tickets being selected as winners.
– In 1986, state employees manipulated mail-in tickets in a mailroom to result in over $40,000 in winnings to friends and family.
– The New York Lotto has the lowest payout of a U.S. Lottery game (no more than 40 cents of every dollar wagered is paid to players).
– Until 2013, the New York Lottery did not allow for scratch-game winners of annuitized prices to choose cash over periodic payments.

Numbers: A three-digit draw game drawn twice daily. Three digits from 0 through 9 are drawn.
Win-4: Similar to Numbers but with four drawing machines.
Take 5: Began as a Friday-only game in 1992. Now, it has since expanded to nightly as of 2000. Games are $1 each. Five numbers from 1 through 39 are drawn. First prize rolls down if there is no 5-of-5 winner. Matching 5, 4, or 3 numbers wins a parimutuel cash prize; matching 2 numbers wins a free Take 5 play.
Pick 10: 20 numbers from 1 through 80 are drawn nightly. Players choose 10 numbers and games cost $1 each. Matching 10 of the 20 numbers wins $500,000 cash; the top prize has a $5,000,000 limit.
Lotto: Drawn Wednesdays and Saturdays. A $1 play consists of 2 games. Six of 59 numbers are drawn, followed by a bonus ball. Matching three numbers wins $1; other winners share parimutuel prizes.
Quick Draw A keno-style game drawn every four minutes from 4:04 a.m. to 3:24 a.m. Players choose from 1 through 10 numbers and a computer draws 20 numbers from 1 through 80. Minimum play is $1. The minimum age for playing Quick Draw is 21 where alcohol is served, 18 elsewhere.

Cash4Life: On June 13, 2014, New York and New Jersey began sales of Cash4Life. The first drawing was on June 16. Cash4Life drawings are held live on Monday and Thursday evenings at 9 PM Eastern. Games are $2 each. Players choose 5 of 60 numbers in the main field, and 1 of 4 green “Cash Ball” numbers in the second field. The top prize is $1,000-per-day-for-life and second prize is $1,000-per-week-for-life.
Mega Millions: Drawn Tuesdays and Fridays. Mega Millions draws five balls numbered 01 through 70, and a sixth number, the gold-colored “Mega Ball”, numbered 01 through 25. Mega Millions plays are $2 each unless the Megaplier option is chosen ($3 each). The minimum jackpot in Mega Millions is $40,000,000.
Powerball: New York joined Powerball on January 31, 2010. Each game is $2; with Power Play, $3. The minimum jackpot is $40,000,000. Players choose 5 numbers from a field of 69, and a Powerball from 1 through 26. Drawings are Wednesdays and Saturdays.

A full list of all scratch-off game offerings in New York can be found here.

The New York Lottery has generated over $34 billion in aid to education revenue. It has the highest sales of traditional draw games of any lottery in the United States.
Federal, state, and local income taxes are withheld from prizes over $5,000 or from prizes over $600 when the winner does not provide a social security or tax identification number when claiming the prize. Withholding varies according to the winner’s place of residence. If applicable, Public Assistance/Past Due Child Support offsets may be withheld. If you are identified by the New York State Office of Temporary and Disability Assistance (OTDA) as owing past-due child support and/or have received public assistance in the last 10 years, the Lottery is required by law to withhold money from your Lottery prize of $600 or more.
The Gaming Commission is required to report and withhold income taxes from Lottery prizes according to State and Federal law and regulations. The current tax withholding rates are:
– Federal withholding 24%
– Federal backup withholding 24%
– Federal Non-resident Alien withholding 30%
– New York State withholding 8.82%
– New York City withholding 3.876%
– Yonkers withholding 1.477%

Online Lottery Success in the US

Online Lottery games are currently available in six states (Michigan, Pennsylvania, Kentucky, New Hampshire, Illinois, and Georgia). These states have all been successful in boosting ticket sales and offering online gaming options. New York has been debating the expansion of online gaming in the state for years now. Due to the success of online lottery gaming in other states, there is a chance we could see an online lottery make its way to New York as part of an online gambling expansion that could also include sports betting, casino gaming, and poker.