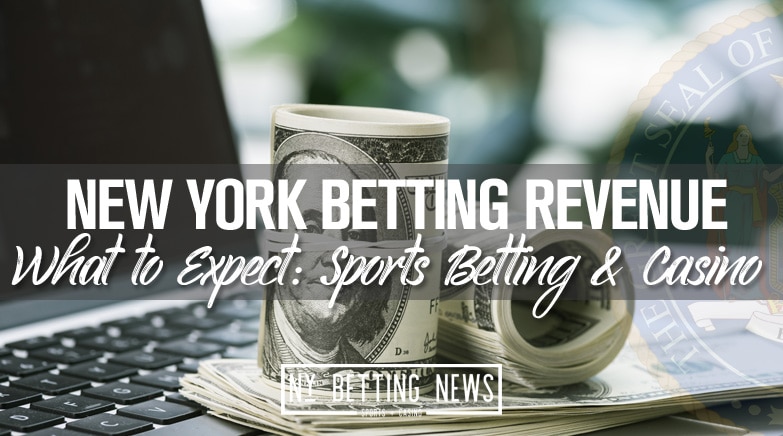 What Should We Expect From New York Sports Betting Revenue in July?

Legal sports betting wasn’t launched until July 16th at the Rivers Casino Schenectady. Tioga Downs followed a day later. So we will only see sports betting revenue numbers from two casinos and only half a month’s worth. The numbers will certainly be low, but just how low remains to be seen. Even August’s numbers will be low as there are still only two of the four commercial sportsbooks open as of August 13th. Regardless of what amount of revenue New York sees, it can’t even compare to the amount the state could be pulling in with mobile betting.

It is estimated that anywhere from 10-15 percent of the total sports betting handle in New Jersey comes from New York residents. The majority of those residents live in and around New York City. With the nearest legal sportsbook in New York hours away from New York City residents, very few, if any, will be making that trip instead of taking the short journey to bet online inside New Jersey state lines. The sample size will probably be too small to glean any significant information on just how much New Jersey will lose to New York now that they at least have some form of legal sports betting. If/when New York legalizes mobile, New Jersey will really see a big hit to its numbers. Here is a look at the success that New Jersey has been having since they legalized sports betting.

As for casino revenue, New York is hoping that the inclusion of sports betting can help boost overall casino traffic. Since the state opened its commercial casinos, casino revenue numbers haven’t been as high as anticipated. However, June 2019 was a big month for the Empire State’s four commercial casinos.
The four commercial casinos, del Lago, Resorts World Catskills, Rivers Schenectady, and Tioga Downs had revenue that totaled over $100 million for the month of June.
– del Lago took in $27.3 million in revenue
– Resorts World Catskills saw $37.4 million in revenue (highest of the four)
– Rivers Schenectady brought in just under $27 million
– Tioga Downs accounted for $14.4 million (lowest of the four)
Summer months are traditionally the slower months for casinos. Even with just two weeks of legal sports betting at Rivers and Tioga Downs, the two casinos should see at least a modest increase in overall casino numbers due to the increased traffic. As the NFL and NCAAF seasons begin shortly, we can expect sports betting traffic to increase at casinos. The last four months should be New York casinos best revenue months of the year.