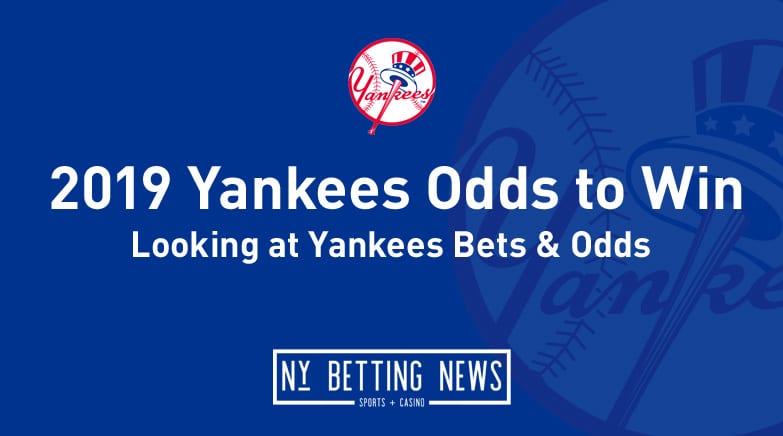 
Moving into the halfway point of the season, the New York Yankees have dealt with plenty of injuries. This has not derailed their chances one bit, and you could argue this is going to help them out in the long run. We have seen the depth of this Yankees team, and it also helps that they have gotten some production from unexpected players. The Yankees did come in as huge favorites, as they were a 100-win team who lost in the ALDS. Last year is going to be motivation for 2019 and they sit with a solid lead in the AL East. The Bronx Bombers are among the favorites to win it all, as they should be.

Where Is The Value?

Given we are halfway through the year, and they have a 6.5 game lead on the Tampa Bay Rays. Not the Boston Red Sox, the Rays. Boston currently sits nine games back, and the division is shaking up quite differently from last year. The odds are set in stone on the Yankees winning the American League East, and the value on that bet is long gone. There are better values betting the Yankees to at least go to the World Series at +175. The National League has the Los Angeles Dodgers as front runners, and they have the best record in the league. Currently the Dodgers are favorites to win it all, sitting at +280. If odds point to a World Series matchup, it would be with these two historic franchises. The Astros, Braves, and Twins are the teams behind these two, and certainly a matchup shakeup would put the Yankees on top.

A Look Into The Yankees Injury Report

Before the season started, we knew Didi Gregorius was going to be out until the summer. He returned, which gives the Yankees their starting shortstop back. This adds another body from last year back into the lineup. Luis Severino is going through arm injuries, and was out until August. He has yet to pitch this year and his return is going to be about getting ready for the postseason. While the Yankees have managed with pitching injuries so far, will that carry into facing a loaded Twins or Astros offense? While the regular season has been tremendous, the playoffs are a different animal given the opponents they will likely face.
Giancarlo Stanton has played just nine games in the first half and is expected to be back closer to the last month or two of the season. The Yankees offense has been excellent despite missing Stanton and Aaron Judge for a good portion of the season so far. Miguel Andujar is out for the season with a shoulder injury, but they have filled in nicely. James Paxton also missed a few weeks, and hasn’t regained form just yet. If the pitching doesn’t sort itself out, the Yankees could have a tough time taming other offenses.

Both Houston and Minnesota are comfortably in division leads, and the Yankees will be battling with them for home field throughout the AL. The Yankees could end up playing one of them in the ALDS, or take the winner of the wild card teams if they finish with the best record. There are about 4-5 teams in the wild card hunt. Tampa Bay, Oakland, Boston, Cleveland, and Texas are the teams that will likely round out the wild card game. They are vastly better than all five of these teams, but anything can happen in the playoffs. If Boston gets a starter and figures out the bullpen, they will not want to see them again. An easier series would help prepare for facing an elite team like Houston.
Just like the Red Sox’s run last year, they had to go through New York, Houston, and Los Angeles. Two of those three teams won over 100 games. The top heavy league right now is tough to get through. Houston is likely the team standing in their way from the American League. The way the Dodgers are playing right now, they are NL favorites to reach the World Series. Both teams matchup well with the Yankees, and are true tossups if we get to that point.