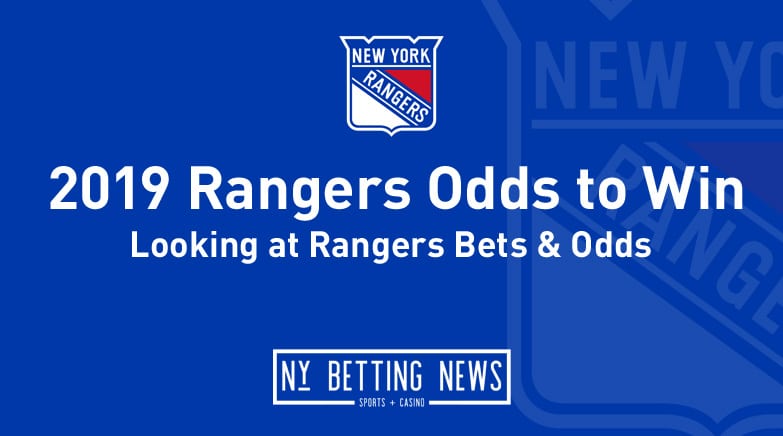 
With Sports betting legal, you might be looking to get some odds on the revamped New York Rangers. The New York teams are mostly on the come up, as they have slipped behind the league over the last decade. The Rangers were on the verge of winning a Stanley Cup not too long ago, but have fallen behind most of the Eastern Conference teams. New York finished with 78 points, which was second to last in the Metropolitan Division. It was the other New York team that finished with over 100 points, but fell short in the playoffs. 2019 should be a year to turn the tide, even with some aging players. New York had a strong draft, and landed the number two pick overall. The signing of Artemi Panarin is also a huge addition even with the huge salary hit.

New York winded up with the second overall pick in the draft, landing Kaapo Kakko out of Finland. At just 18 years old, New York is expecting him to be a franchise pick. The Rangers were in desperate need to land a big name to build around, and Kakko is just that. He won a gold medal in the World Championship over the summer, putting up six goals in ten games. Kakko has a lot of pressure on his shoulders to turn this franchise around, but he has all the skill in the world to do so.
The Rangers followed up the Kakko pick with two second round picks. They took Matthew Robertson and Karl Henriksson. Robertson is a defenseman who brings a pretty stable floor to the table. He was projected to be a first round pick but slid back a bit. Defense is his specialty, and he lacks the offensive upside that you see in some modern day defenseman. As for Henriksson, he will have to work his way up the ladders a bit given his size. He generated a lot of points and could be a sneaky good playmaker once he develops to the NHL.
Zachary Jones went in the third round, going 68th overall. He counters Robertson with good offensive skills for a defenseman. Robertson looks to be an above average passer and has strong awareness. He won’t blow the doors off with speed, but has the skill to make up for it. To sum up the Rangers draft, it was one of the better ones of any team in the league.

Can Artemi Panarin Elevate The Rangers?

Artemi Panarin is 27 years old and has been one of the best wingers over the last few seasons with the Chicago Blackhawks and Columbus Blue Jackets. Since coming into the league in the 2015-16 season, he has scored 61 goals and posted 90 assists. He is also a strong winger on the power play.  Panarin is also super durable, playing 322 games over the last four seasons. Signing Panarin for a seven year deal locks him up for his prime years, but the high salary is also going to limit them at some point. Panarin has played in 27 career playoff games, scoring nine goals and tallying 17 assists. With 26 points in 27 games, he has shown to get it done on the big stage. Panarin should be able to slot right in and elevate the teammates around him. This was a great spend up acquisition for the Rangers.

Do The Rangers Have A Shot?

There are a lot of good names still on the Rangers, like Marc Staal, Mika Zibanejad, Kevin Shattenkirk, and Chris Kreider. There is also a vast amount of young talent coming up through the rankings, and the signing of Artemi Panarin certainly helps too. Henrik Lundqvist is now 37 years old, and is coming off a season where he allowed over three goals per game. He had his worst year in save percentage, and this was the first year allowing over three goals per game but also not recording a shutout. There might be a cause for concern with the former Vezina winner. The Rangers will need him to bounce back and find some old form.
I still believe the Rangers are about a year away, but they could be a surprise team in the postseason. In terms of winning it all, they have a tough task ahead of them with a very good eastern conference on the horizon. However, we have seen many things happen with lower seeds in the playoffs. Just look at the Lightning getting taken down by the Blue Jackets this past year.