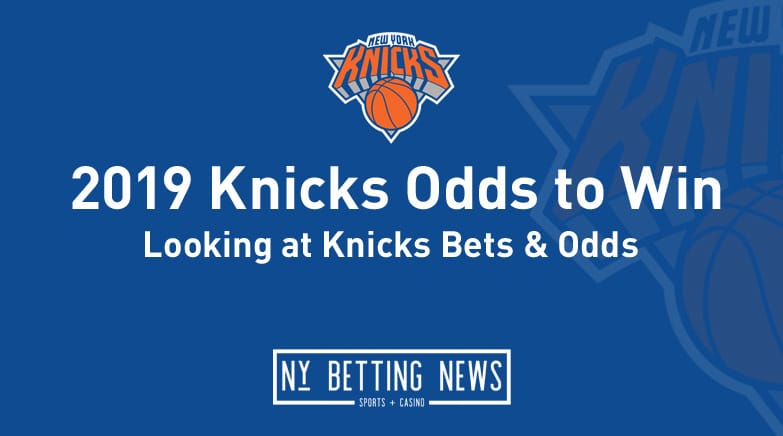 
The summer of free agency was a wild one for the state of New York, however one team had a far better free agency than the other. If you were looking to get in on some of the sports betting odds for the Knicks, you might want to think again. It was a season of tanking for Zion Williamson, but the Knicks ended up with the third pick taking RJ Barrett. Okay, not the worst thing in the world. Hoping for Kyrie Irving, Kevin Durant, or any of the other superstars, the Knicks signed Julius Randle, Bobby Portis, and a few other front court names. Now it may have sunk in for many that this is a franchise in disarray. With all the events that happened during the summer, let’s see how the odds worked out for the Knicks.

After whiffing on the big names, the New York Knicks decided to splash some cash elsewhere. Julius Randle was the bigger named option to get $63 million on a three year deal with a team option. Randle is coming off a strong season where he averaged 21.4 points per game. He is just 24 years old, and if he is part of the plan for the next 3-4 years, I like it. Randle is a strong secondary player, and that is a problem for people who want them to win now. Bobby Portis also picked up a two year deal with a team option, and Portis is coming off a season averaging 14.2 points per game. He is in a possible logjam however, as the front court signings piled up quick. Taj Gibson signed, but hard to see getting a ton of minutes. He might just be here to mentor the younger kids.
New York has had no real backcourt direction of late, and signed a few free agents from the bottom of the barrel. Elfrid Payton, Wayne Ellington, and Reggie Bullock all signed on for two-year deals. These are still potential trade pieces, and you have to think the Knicks signed a majority of these names with the chance to move them for assets to playoff contending teams. Adding this in with the current roster and draft picks, the Knicks still are a middling team at best.

Can RJ Barrett Be A Centerpiece?

The Knicks wanted Zion, as did every other team on the planet. Instead the Knicks got his Duke teammate, RJ Barrett. The mentality is there to be, but to have him as your centerpiece seems to be a stretch. Unless he improves drastically as a shooter, Barrett is more in line with being the second option. His Summer League shooting was poor, although there was a lot to like about his game. However, the free throw shooting is a concern. What good is he at drawing contact if he shoots 60% from the line? His college numbers shooting were solid, shooting 45% from the field, but just 30% from three. His overall free throw shooting was at 66%. Averaging 18 field goals per game and 22.6 points in his only year at Duke leaves a bit to be desired in terms of efficiency. Barrett should still be able to fill up peripheral stats to make him a complete player. New York should have a plan in place to at least try and get a star alongside Barrett. There is enough here to finally start building.

This isn’t the year to take a chance on the Knicks, even with the payout that could come. The east has dropped off with the west taking over after a year of the east being relevant. However, the east still has Milwaukee and Philadelphia as real contenders. Miami, Boston, Toronto, Indiana, and Brooklyn are all in the mix after. Atlanta is on a much better path rebuilding as well. The Knicks are still going to be one of the worst teams in the eastern conference, and especially within the division. There is no realistic shots of the Knicks paying off on any of these, but if you want to look at some win odds, they are sitting at 29.5.