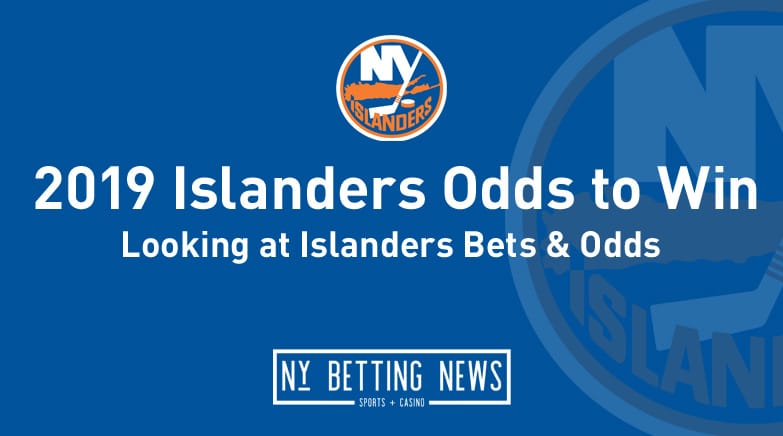 
One of the New York hockey teams was able to make the postseason last year, but the Islanders fell short in the second round. With the 2019-20 season around the corner, and sports betting now legal in New York, you might be looking to get some action on the Islanders. After a 103 point season, and finishing second in the Metropolitan Division, the Islanders find themselves with lower odds than their in-state rival, the Rangers. They finished with 76 points and are +2600 favorites to win it all. After a strong season, why are the Islanders odds looking like they may miss the playoffs this year? We will dig in to find out.

Vegas Expecting A Downfall For The Islanders?

The Islanders swept the Pittsburgh Penguins in four games to kick off the 2018-19 playoffs. They were later swept by the Hurricanes, who had a magical run as the wild card team. New York was one of the six teams in the east to go over 100 points. They had one of the top defenses, allowing under 200 goals. They were the only team in the league to do so. The offense could have used some work scoring 228 total goals, but with the defense they found a recipe for success. New York had two rock solid goalies between the popes, with Robin Lehner and Thomas Greiss. Both had over a .920 save percentage and under a 2.50 GAA.
While the offense ranked 21st in goals per game, why is Vegas looking down on the Islanders? It might have to do with the east quietly building around them and this pedestrian offensive play style can’t exactly hold throughout 82 games and the postseason. However, if we look at last season, they were +20000 favorites to win the cup, so this is a step up from last season. Their point total was set at 82.5. Vegas clearly believed the Islanders were not going to have any success in 2018-19 either.

Everyone wanted Artemi Panarin, but the Islanders fell short in free agency. He signed with the Rangers instead. New York also were set to lose Anders Lee and Robin Lehner. New York re-signed Lee to a big deal, but let Lehner go. In replacement they were able to sign Semyon Varlamov for a four-year deal worth $20 million. With no major splashes in free agency, this is where we start to see the momentum slow down on the Islanders push to relevance. With no real movement on the roster, there isn’t a big belief that the Islanders can take another step forward. There is also a reason to believe the Rangers are going to be making the push ahead of them. Signing Panarin and having the number two pick gives them the edge moving forward.
A way to potentially fix the lack of offseason moves is to bring up some of the younger names in the minors. Some fresh blood could do the team some good, especially if they can jump start the offense. A lack of power play potential was also a downfall in the Islanders season. There is a glaring need of offense both even strength and on the power play. If they don’t fix it, all signs point to Vegas being right on the Islanders taking a step backwards from last season.

Is There Any Value For the Islanders?

I’d be more inclined to look for the odds on the over/under for total points or even making the playoffs. Nothing yet on the FanDuel Sportsbook, but I would imagine those odds will come in rather soon. This is where we could see getting the Islanders sneaking into the postseason. We should see some regression in points for the Islanders, and they just don’t have the juice on the roster to make it through the postseason either. Being quickly dismantled by the Hurricanes was not a strong look, even if Carolina beat Washington too. Coming in with the 19th best odds behind some teams that were below you last season is not enticing. Three eastern teams also lead the chance to win the east. It is a tough group to get through, and there isn’t much value betting on the Islanders to do so.