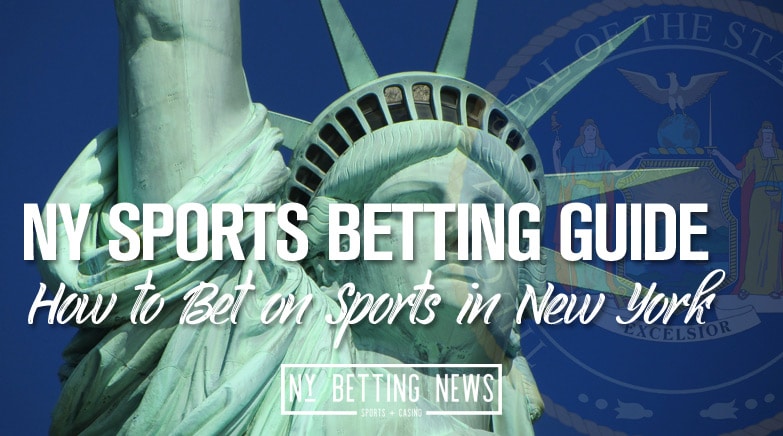 New York finally legalized sports betting in 2019, albeit limited. Only commercial casino (and tribal casinos through compacts) can offer legal sports betting. To make matters worse, there is no mobile in New York and it appears to be years away from becoming a reality since Governor Andrew Cuomo insists that a constitutional amendment would be needed.

What Sports Betting Will Look Like in NY in 2019

New York did make an important first step by at least legalizing sports betting in the state. FanDuel Sportsbook opened at Tiago Downs and a mobile app is ready to go. However, the lack of mobile is both a blow to residents of New York as well as the state itself. The state will be losing millions of dollars in sports betting handle each month to neighboring states. Why? Because all of the bettors in New York City will continue to travel the short distance to New Jersey instead of driving two hours (or longer) upstate to place a bet.
Why is it a blow to residents? Well, instead of being able to place bets on their phones from their homes or at bars, they instead have to travel across the Hudson River over to New Jersey to place their bets. For some people that involves driving themselves, but in New York City that could also mean taking a cab or another form of transportation. Either way, residents are having to pay money to travel back-and-forth from NY to NJ in order to place their bets.

Which Casinos Can Offer Sports Betting?

According to Lineups.com, under the current law, the state’s four commercial casinos are eligible to offer sports betting. That is the del Lago Resort & Casino, Rivers Casino & Resort, Tioga Downs Casino, and Resorts World Catskills. Each of the commercial casinos currently has ongoing construction that is related to building a sports betting lounge or area. While no exact date is currently set, the goal is for these sportsbooks to be operational before the start of the 2019 NFL season.

Del Lago Resort and Casino is located in Tyre and opened in 2017 at a cost of $440 million. The sportsbook will be more than 6,000 square feet with a seating capacity of around 200.

Rivers Casino & Resort is located in Schenectady and opened in 2017. Their new sportsbook will be a “luxury-styled” lounge with over 5,000 square feet. Seating will consist of five private booths with TV monitors, 18 VIP seats and 32 tabletops seats, all together seating 80 people. The lounge will also feature 22 86″ TVs, a 53 foot long and nine feet high video wall, 16 betting kiosks, and six betting windows.

Tioga Downs is located in Nichols and originally opened in 2006, but the “new” Tioga Downs Casino opened in 2016, the first of the four commercial casinos to open (despite being the last to be granted a license to do so). A full wall of televisions as well as “plenty of betting space” is about all of the information known about their current sportsbook construction.

Hope For Mobile in NY?

Mobile sports betting in New York is a very murky situation right now. Cuomo believes in the need for a constitutional amendment while people like Addabbo Jr. think Cuomo is just making excuses. Regardless, until this constitutional amendment situation gets dealt with, mobile won’t be happening anytime soon in New York. If it turns out the state does need a constitutional amendment, then that could mean a wait of another three years before New York residents can legally bet on their phones. The good news is that Pretlow and Addabbo Jr. have said that they will keep pressing the issue with Cuomo and the state of New York. So for New York bettors, at least you have someone fighting to get you legal mobile betting.