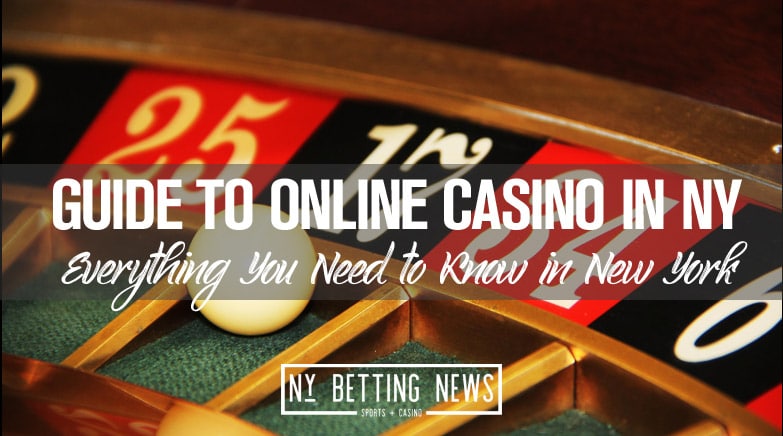 Online gambling in New York is a bit of a hot button issue at the moment. The state once again missed the boat on legalizing mobile sports betting this past legislative session. Online poker hasn’t had much traction in the state of late and continues to remain in limbo. The online casino situation in New York isn’t much better.

All forms of online gaming (poker, casinos, sports betting, etc.) can be traced back to 1994 and a little country in the Carribean. Antigua and Barbuda passed the Free Trade & Processing Act in 1994 which allowed companies to apply for licenses to operate online casinos. InterCasino was the pioneer in the industry as they became the first online casino (they took the first real money wager in the business in 1996).

Cryptologic was founded in 1995. They were the first company to develop methods to make secure financial transactions over the internet. By 1997, online casinos went from about a dozen in operation in 1996 to over 200. In 1998 the online gaming industry generated over $830 million in revenue and the first poker room was opened (Planet Poker).
The Internet Gambling Prohibition Act is introduced in the United States in 1998. The goal was to prohibit companies from offering online gambling to US players. The bill failed to pass. It is estimated that there are over 600 online casinos in operation in 1999.

In 2000 Gibraltar and the Isle of Man began to offer online casino licenses in their countries. In 2001 licensed online casinos were eligible to operate out of Nevada and it is estimated that the only gambling pool is eight million customers. In 2002 the first-ever million-dollar win online occurred. The online gambling industry is valued at more than $4 billion.
In 2003 the eCommerce and Online Gambling Regulation and Assurance is established to regulate safety and security guidelines for member sites. An anti-gambling bill is passed in the United States House of Representatives which made it illegal for payment processing companies to facilitate gambling transactions that are done over the internet. The US Department of Justice hints that advertisements for online casinos could be illegal in the United States.
In 2004 the World Trade Organization sided with Antigua and Barbuda and against the United States. By siding with Antigua and Barbuda, the WTO said the US can’t close off online gaming to American players. In 2006 the Unlawful Internet Gambling Enforcement Act was passed. The UIGEA “prohibits gambling businesses from knowingly accepting payments in connection with the participation of another person in a bet or wager that involves the use of the internet and that is unlawful under any federal or state law.”
In 2008 the state of Kentucky attempted to seize the domain names of over 140 online gaming websites. In 2009 the Department of Justice froze more than 27,000 online poker accounts and seized more than $35 million. In April of 2011 “Black Friday” occurred and an indictment was brought on against Full Tilt Poker, Absolute Poker, and Poker Stars. August 2012 saw a New York Federal Judge declare online poker a game of “skill”, not chance. Online poker became exempt from the Federal Wire Act of 1961.
Online gaming was launched in Delaware, New Jersey, and Nevada in 2013. Pennsylvania launched online casino gaming in the summer of 2019.

There are no legal online casinos that accept real money bets in New York. However, the state does have plenty of “play money” online casino gaming options. While real money can’t be won from these sites, players can buy coins with real money to play on these sites.
Some of the play money online casinos in New York are:
– Del Lago Resort & Casino
– Empire City Casino
– Finger Lakes Gaming & Racetrack
– Hamburg Gaming
– Rivers Casino & Resort
– Seneca Casinos
– Turning Stone Casino

Tribal casinos first opened up in the state in 1993. Four commercial casinos were built and opened in New York between 2016 and 2018. There are currently 11 casinos that operate in the state of New York.

Under current compacts between the state and the tribes of New York, any casino game offered at the state’s commercial casinos can be offered by tribal casinos. Therefore, the gaming selection at both commercial and tribal casinos is the same. Aside from slot machines, you can expect to find table games like blackjack, roulette, baccarat, and three-card poker at New York casinos. Most casinos also feature poker rooms, bingo, and keno.

What Online Casinos Could Look Like in New York

Assuming New York does eventually bring online casino gaming to its residents, we can expect it to be similar to New Jersey and Pennsylvania. Since the majority of land-based casinos already have online “play money” casinos, there is a chance they could just add real money components to those existing websites. Based on what we see in Pennsylvania and New Jersey, online casinos in New York will feature virtually all of the same gaming options as at their land-based casinos (blackjack, roulette, keno, bingo, slots, etc.).