Guide to Horse Racing in NY 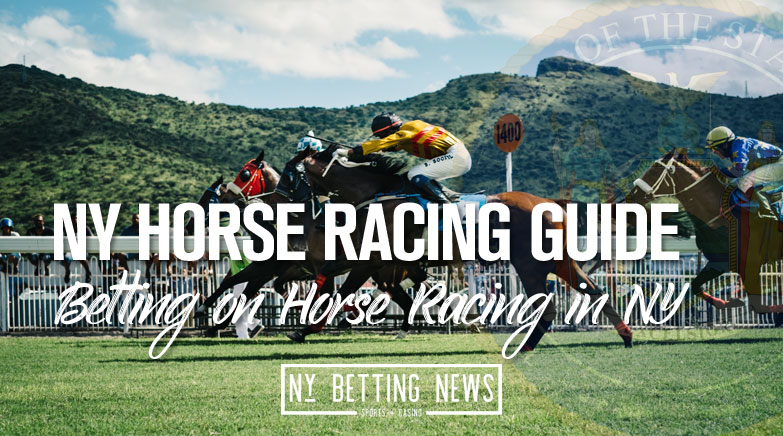 Horse racing was once the most popular form of betting in the country. The state of New York was actually the first place in North America to have a horse race. Over the years the industry has been seeing a decline in both attendance and betting handle. However, the state of New York remains one of the richest states in terms of horse racing activity.

Horse racing in the United States can trace its roots back to the 1600s when it first began in the state of New York. The very first horse race in North America occurred at the Newmarket course in what is now Long Island. In 1908 the Hart-Agnew Law was passed that banned betting on horse racing. After a five-year hiatus, horse racing returned to the state in 1913. Only four tracks remained operational during the five-year period, Aqueduct Racetrack, Belmont Park, Saratoga Race Course and the now-closed Jamaica Racetrack.

As of 1955, all horse racing activities in New York are overseen by the New York State Racing and Wagering Board. Off-track betting began in the state in 1970, with simulcasting beginning in 1984. Come 2016, the New York Racing Association began accepting online bets under the name NYRA Bets.

Today, there are 11 tracks in the state of New York.

Aqueduct Racetrack is a thoroughbred racetrack and racino located in Queens. There are three courses and it is the only racetrack located within the New York City limits. The track opened in 1894.

Belmont Park is perhaps the most popular racetrack in New York and is a thoroughbred racetrack located in Elmont. The track opened in 1905 and is home to the infamous Belmont Stakes, which is the final leg of the Triple Crown.

Buffalo Raceway is a harness racetrack that opened in 1942. The track is located in Hamburg on the Erie County Fairgrounds. In 2010 the facility saw over $250,000 in renovations to the 1/2 mile track, including resurfacing.

Finger Lakes Race Course is located near Rochester and opened in 1962. The track is home to the New York Derby, one of the biggest races in the state each year.

The Historic Track is a half-mile harness racetrack located in Goshen. The track opened in 1838 and is the oldest continuously operated horse track in North America. Historic Track is only open on a limited basis during June and July. In 1966 it was designated a National Historic Landmark.

Monticello Raceway is a harness racetrack and racino in Monticello. Nicknamed “The Mighty M” this standardbred track is open year-round and opened in 1958. In 2006 the “Monticello Miracle” occurred when a racehorse hit a WWII veteran in the same exact spot where he received shrapnel and lost sight in one of his eyes during battle. The blow from the horse caused him to regain his light.

The Saratoga Race Course opened in 1863 and is the oldest organized sporting venue in the country. This course has seen some of the most historic upsets in racing and is nicknamed the “Graveyard of Champions”. The course is located in Saratoga Springs.

Tioga Downs is a standardbred racetrack and opened in 1976. It closed down after three seasons and re-opened in 2006 offering harness racing, simulcast betting, and over 800 Video Lottery Terminals. The track is located in Nichols.

Vernon Downs is a harness racetrack located in Vernon. It opened in 1953 and was home to the “Miracle Mile” where Adios Harry ran a 1:55 mile, a record that stood for almost 20 years.

Yonkers Raceway is located in Yonkers near the border of New York City. The track opened in 1899 and is a standardbred harness racetrack.

How To Bet on Horse Racing in New York

While online sports betting isn’t legal in the state, online horse racing is. The Unlawful Internet Gambling Enforcement Act of 2016 has a safe harbor clause in it for horse racing, which allows for off-track betting as well as online wagering. Currently, all of the off-track betting facilities in the state of New York offer online horse betting options. Some of the more popular online betting sites include Twinspires, BetAmerica, and TVG.

Betting on horse racing is different than betting on traditional sports. Straight bets that include just picking the winner of the race are the most simple bets for beginners. However, if you ask professional horse bettors, they will tell you that there are plenty of other ways to get the biggest bang for your buck.
Another popular form of betting includes “Win, Place, or Show”. We already know that “win” means placing first in the race. However, you can bet for a horse to “place” meaning the horse can take first or second, or you can bet “show”, meaning the horse finished in the top three.
For some big payouts, bettors like to make “exotic” bets like exacta, trifecta, and superfecta. An exacta is when you choose the horse that finishes first and second in the correct order. Trifecta is as the name suggests, picking the horses that finish first, second, and third in the correct order. As you would expect, the superfecta is picking the top four horses in the correct finishing order. The superfecta can provide massive returns on bets as little as $1.
Bettors can also bet on “daily doubles” or “pick threes”. A daily double bet requires picking the winner of two specific races, while the pick three requires you to pick the winner of three particular races. These betting options provide bettors with good payouts, much like a parlay would in regular sports betting.