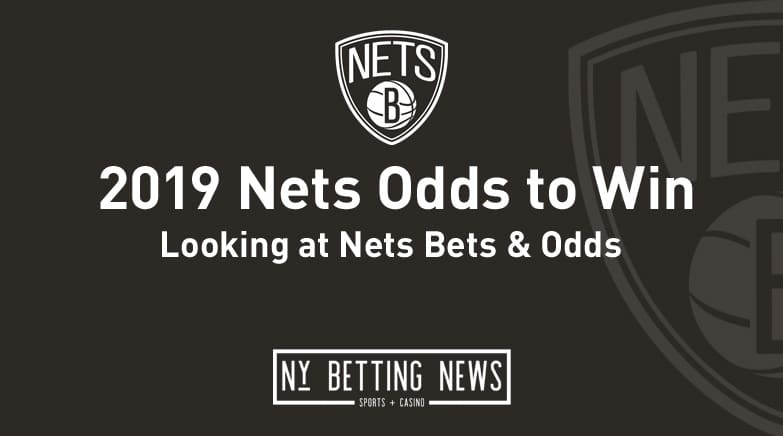 
New York was one of the highlights of the NBA free agency, but it was Brooklyn who stole the show. Signing Kevin Durant, Kyrie Irving, and DeAndre Jordan will put the Nets on the must watch list for the next few seasons. With the odds moving frequently, the Nets now have some of the better sports betting odds for next season. While they are still behind a few contenders and won’t have Durant until another year, the Nets are certainly still a team that can cause some damage. The Nets will look to build upon a 42-40 season which gave them the sixth seed against Philadelphia in the playoffs. With Toronto losing a big part of their championship roster, the Nets are looking to join the elites of the eastern conference.

After going from the team who traded for the Boston Celtics big three, the Nets are now positioned to be one of the top teams in the league moving forward. Sure, Kyrie Irving was a head case in Boston, but he is one of the best offensive point guards in the league. The DeAndre Jordan signing was a bit odd with Jarrett Allen on the roster, but it gives them an above average rebounding center who is more name value at this point. Waiting on Kevin Durant will be the next step in the process, and keeping things in place until he does return. Overall the Nets added three pieces to an already young and talented roster.
They have built a great team, and these pieces were all well worth the risk. Names like Spencer Dinwiddie, Joe Harris, and Caris LeVert all had strong 2018-19 seasons and will complete an all-around roster. Not to forget, Brooklyn also traded for Taurean Prince which gives them a solid wing player with a much better salary than Allen Crabbe.

A report came out about the Nets not ruling out Kevin Durant on a return this season. This should be just noise, as the 31-year-old forward will miss the 2019-20 season due to the unfortunate Achilles injury in the finals. The odds are with Durant out, and it is going to be an interesting comparison when Durant returns. There is also not a guarantee that Durant comes back in full force, as this is a very tough injury to get over for any athlete, let alone a basketball player. In the meantime, the Nets still have a competitive roster, and a playoff contending team.
Toronto losing Kawhi Leonard and Boston in a shakeup gives the Nets a possible opportunity to jump them a year early. Brooklyn will get more playoff experience for their young guys, which builds for Durant coming back. It is a waiting game for Durant, but he is a player worth waiting for. The possibility of Durant Vs. Giannis in a playoff series has every NBA fan excited.

Can The Nets Make The Jump This Year?

The Nets play in the toughest division in the east, as they had two 50+ win teams and the Celtics who went 49-33. Toronto will take a hit, and Philly didn’t have that much of a shakeup. At the moment, Philly is certainly the threat to win the division at -145. Boston and Toronto come in next before Brooklyn. When looking at odds to win the east, three of the four best odds belong in this division. The Nets taking down the division or the east this year would need some help, which would come with some poor injury luck from other teams.
We saw an Irving led team last year with Boston, and I think we will see a similar type of record for Brooklyn this year. I find the odds of the Nets winning the east to be the most appealing here. A division wins seems unlikely, but in a seven game series with some positive luck, the Nets have a chance to make a run. Milwaukee is still the major front runner, and with one of the worlds best in Giannis Antetokounmpo leading the way, the Bucks are going to be a tough team to beat.