Legal Guide to Poker in California 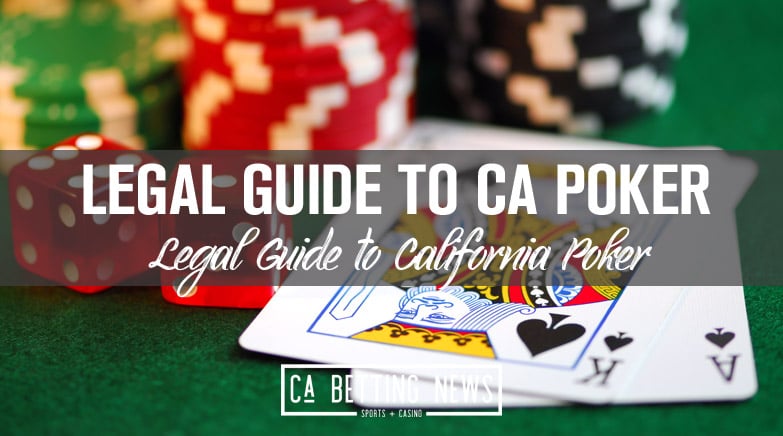 Poker is alive and well in the state of California. While online poker is not legal, the state does have over 60 legal cardrooms across the state. These cardrooms hosts come of the biggest poker games in the country.

Live poker is very popular in California. Currently, there are almost 100 legal cardrooms operating in the state. Some of these cardrooms also offer other card games on top of poker, such as blackjack and three-card poker. Some of the state’s biggest cardrooms include Bay 101 Casino, Bicycle Hotel & Casino, and Commerce Casino.

While cardrooms in California are considered legal, the tribes in California disagree. Last year, two tribes in California filed lawsuits against a number of the state’s cardrooms. Tribes believe that house-banked card games (blackjack, pai gow, etc.) should not be legal in these cardrooms. Cardrooms use a loophole to avoid legal issues by having players deal the games and the house receiving a cut of the action as opposed to players playing against the house directly.

These sites operate with virtual currencies that can’t be withdrawn, which makes them legal since they don’t have any actual real money value. Players can purchase this virtual currency with real money. The loophole is that players receive tickets that can be used for sweepstakes games and real money prizes when they purchase the sites virtual currency. Global Poker has the look and feel of a regular poker site. There are cash games as well as single-table and multi-table tournaments. Various forms of poker are offered such as Texas Hold ’em, Omaha Hold ’em, and Pineapple.

There have been numerous attempts to legalize online poker in California over the last 10 years. None of these proposals have gained enough traction to make its way all the way to the governor. There are multiple issues as to why online poker is not being legalized in California but one of the biggest issues (like with legal sports betting) is the tribes. Tribes in California have enough political clout to cause issues in legislation for any topics they disagree with. One issue the tribes have is with PokerStars operating in the state and have suggested a “bad actor clause” to keep sites like PokerStars from operating in California. Another issue deals with the state’s racetracks and whether or not they should be involved in any potential online poker industry.

If California is to give in to the tribes and allow them the exclusive rights to offer online poker (or sports betting), you can expect blowback from racetracks and cardrooms. Unless some compromises are made between the state’s three main gambling entities (tribal casinos, racetracks, and cardrooms) then California residents will continue to suffer the consequences. With the current issues between the tribes and the cardrooms, any other forms of a gambling expansion in the near future will surely be hostile. Neighboring states and offshore poker rooms will continue to benefit from the turmoil in California.