Legal Guide to Casino In California 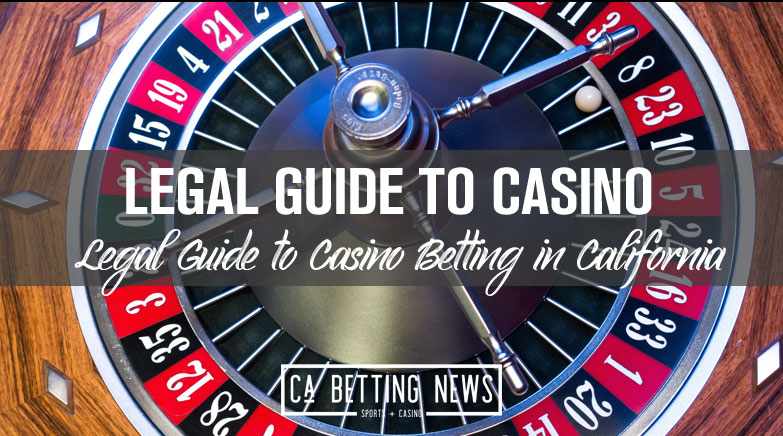 More than any other state in the country, it appears the casinos in California hold the most power when it comes to its states gambling decisions. Casinos in California are tribal-owned casinos. These casinos appear to have exclusive gaming rights to most forms of gambling (although there are “cardrooms” in California but the tribes claim these cardrooms operate illegally). There are more than 50 casinos in the state and together they provide a ton of income for California. Thanks to that money, it is easy to see why the tribes have so much power in the state.

If you are wondering how powerful the tribal casinos are in California you only need one example to find out. Legal sports betting is the biggest thing going on in the gambling world in the United States. Over a dozen states now have some form of legal sports betting operating with more expected to join in the coming years. California is not expected to be one of those states. Why? Because the casinos in California don’t want any form of gambling expansion that could include other gambling facilities (such as cardrooms or racing tracks).

Tribal casinos in California are content with the amount of money they are already pulling in. They do not want any form of a gambling expansion in the state that could potentially allow for money to go to the state’s cardrooms or racetracks that would normally go to their casinos. Thanks to the pull that these casinos have in the state legislation, any efforts to legalize sports betting have been shot down almost immediately. The state’s tribal casinos have said that they would be willing to budge on the legalization of sports betting under one condition, and it is a major one. The tribal casinos must be given the exclusive rights to sports betting, otherwise, they will continue to fight its legalization (and win).

Now California is caught between a rock and a hard place when it comes to legal sports betting. They can bend to the power of the tribal casinos and give them the exclusive rights to sports betting (which would cause resistance from the state’s other gambling facilities). The other option is to not legalize sports betting at all and risk upsetting potentially millions of prospective sports bettors in the state. Either way, the tribes win.

California’s casino industry is second to only Nevada. Back in 1987 the “Cabazon decision” drastically changed the landscape of tribal casino operations in California and the entire country as a whole. The Cabazon decision was the U.S. Supreme Court deciding that the State of California could not regulate bingo and card game operations of the Cabazon Band of Mission Indians and the Morongo Band of Cahuilla Mission Indians. This was a stepping stone to current compacts between states and tribes that allow for certain types of gaming on Indian lands.

In 1988 the Congress passed the Indian Gaming Regulatory Act (IGRA). This act is what requires states and tribes to enter into “compacts” across the country. These compacts authorize certain types of gaming to tribal casinos across the country. (IGRA) divides tribal gambling operations into three classes. Class I games are considered social games played for small amounts of money or traditional Indian games related to tribal celebrations. Class II games include bingo and lotto games. They also include what are called “non-banked” games, such as poker. These are games that involve players wagering amongst themselves and not the casino itself. Class III games include slots, games of chance and “banked” card games such as blackjack.

Proposition 37 amended the State Constitution to prohibit “casinos of the type currently operating in Nevada and New Jersey.” A court determined that Proposition 5 was unconstitutional. This led to Proposition 1A on the ballot in 2000. Proposition 1A allowed the Governor to negotiate compacts with federally recognized Indian tribes to operate certain types of gaming (slots, card games, etc.) on tribal lands.

Payments From Tribes to State

Under the compacts between the tribes and the state, tribes make payments to a number of state government accounts. Considering the size of the casino industry in California, the tribes do not pay very much money to the state. In 2005-2006, revenue sources from tribal casinos accounted for just over 0.1 percent of the General Fund. As for taxes, tribal casinos are not subject to corporate income tax. More info on the various payments made between the tribes and the state can be found here.